Every 3 minutes, someone in the U.S. is admitted to the Emergency Department for an allergic reaction to food. Increased numbers of children are diagnosed every year, which means that you probably know at least one family with allergies – it may even be your own! Here at WMB, we have contributors in various stages of learning how to cope with what Allergy Life looks like in their homes. In this series, we hope to give support, insight, and helpful tips for those who are struggling to find what “normal” means after receiving a food allergy/intolerance/sensitivity diagnosis.

*Disclaimer: I am not a doctor or health professional, I am just a mom. I have read a lot of literature on this subject, but mostly have just followed my gut to what seems to be working best for us. Here is our story on how my son came to be gluten free and how we are navigating it with schools, sports, friends’ houses and me not being with him all the time.

Our oldest son has suffered from migraines since he was little. Like little little, age 5ish. All the episodes looked exactly the same. He would cry, actually SCREAM, that his head hurt. He would wrap his little body in the fetal position and hold his head between his hands and just scream. I would try to comfort him, but usually after an hour, it would result in him passing out from exhaustion. It broke my heart not being able to help him. We had him checked out, eliminating all brain tumors or head trauma possibilities. His pediatrician said that some kids just get migraines. Treating them with heavy narcotics was obviously not an option nor a road I wanted to go down.

His migraines continued sporadically for the next few years. But his episodes started changing. He still screamed and held his head, but he also began throwing up. Tylenol and Zofran offered no relief. And he often ended up in the ER. I started to chart when he had them and stuff he had done around that time to see if there was a connection of sorts. For two years nothing turned up from his journal. But one night, he had one of the worst migraines we’d experienced. We ended up in the ER, and he was miserable.

I had been working with a nutritionist when this specific migraine occurred. While waiting to be dismissed from the hospital, I happened to glance at a hand out. It mentioned how food can make us feel tired, sluggish, bloated. It went on to talk about gluten’s effects on our bodies and how they react differently once the gluten is expelled.

We had celebrated his little sister’s birthday party that Friday and had sandwich trays…and left overs…and ate them on Saturday and Sunday. Looking back through his journal, I noticed all the migraines were around big events. What I chalked up to exhaustion, was actually a reaction to food! It all made sense.

I called our wellness doctor, and he suggested we begin an elimination diet to see if he had a gluten allergy. And we did exactly that. After 2 months of no gluten and an allergy test, it was determined he had a strong intolerance to gluten. His doctor advised he should, of course, avoid gluten.

Now I am in no way here to tell you that if you have migraines to cut out gluten. But I will say, that almost one year later and no gluten, our son has gone from multiple migraines a month to ZERO since cutting out wheat and that last trip to the ER.

Lots of adjustments have had to 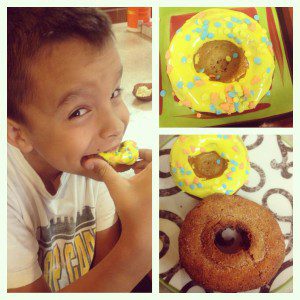 be made, especially because he is older and not with me all the time.  And it hasn’t been the easiest because unlike littles that have allergies, he KNOWS and REMEMBERS his love of funnel cakes and pretzels with cheese, and thick crust pizza. Kids offering him a cookie or even samples at Sams became something that just did not happen anymore. When we cut out gluten, I promised him that I would bake my little heart out to make sure he doesn’t miss out on a single thing he loves. Through lots of trial and error and a plethora of amazing cookbooks, he is a pretty happy, gluten free kiddo.

Here are some tips for navigating a school age kiddo with a food allergy ::

1. Always make sure to have snacks. We keep snacks in our car all the time (for all the kiddos), and our gluten free kiddo always has some in his book bag. He goes to a school where birthdays are only celebrated once a month (love that!), so I just have to remember to send a GF treat for him the last Wednesday of the month. They do keep a box of GF cookies in the school freezer though if something comes up and he needs a snack, they have it on hand.

2. Call ahead and find out what will be served. If he is going to a special event, whether it be a birthday party, boy scouts or school event and it says “lunch provided”, I always find out what is for lunch. And I make sure to let those in charge aware that he cannot have wheat, and I ask if they have an alternative or offer to send one. It’s best to be prepared.

3. Ask restaurants for GF menus or see if they can accommodate in other ways. Every Sunday after Mass, we meet my husband’s family for pizza in Cheney. The pizza place runs one of his GF pizzas (that we take) through the oven for us, and he gets to chow down with the rest of us.  A lot of restaurants are aware of this growing issue and are happy to accommodate.

4. Be mindful of those with food allergies. Before our son became gluten free, my daughter had a good friend who was allergic to wheat, so she would always take a special snack that friend could have on her birthday. You don’t necessarily have to provide them with something, but at least let parents know, so they can send something. {Hint: All fruit is gluten free!} 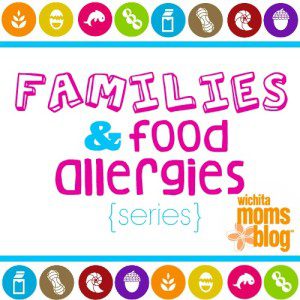 [box style=”rounded”]This post is part of our Families and Food Allergies Series. Read more posts from this series…[/box]

The Best Bakeries in Wichita for Birthday Cakes and Cookies

Use Your Noodle :: Gluten-free and Grain-free Pasta Alternatives

Where to Find Gluten-Free Pizza in Wichita 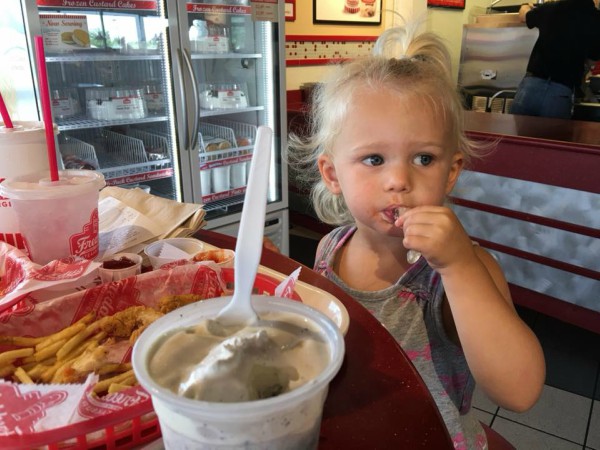 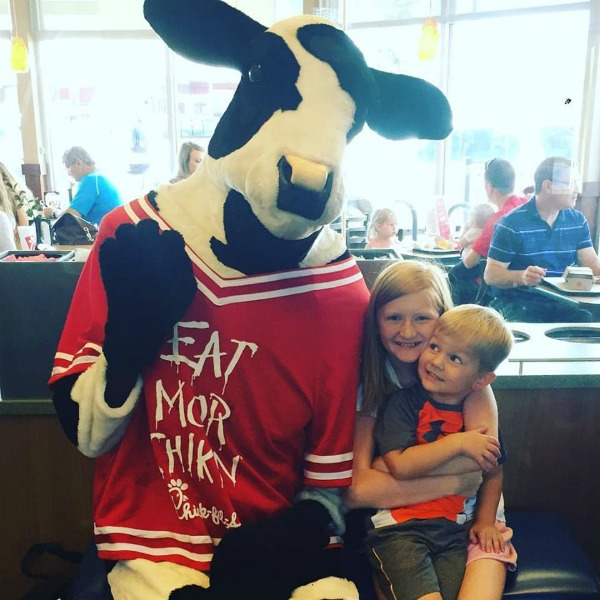 10 Places in Wichita to Enjoy Dining Gluten-Free with Kids