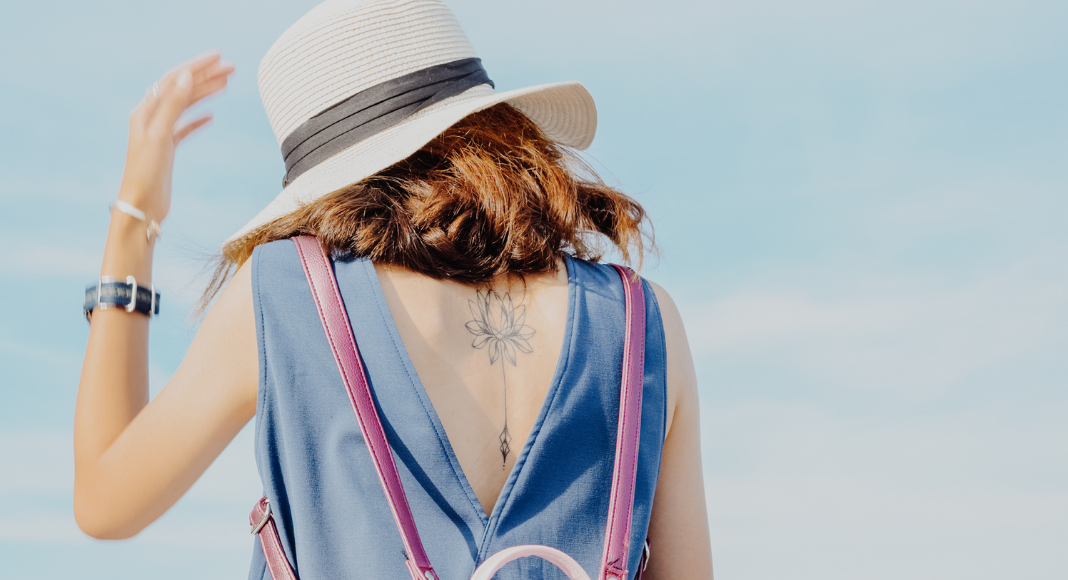 I’m a mom, and I have tattoos. Whew. That was difficult to get off my chest.

I will be the first person in line to get tattoos and the last person to judge someone on their choice of ink. Unless it’s spelled wrong and then all bets are off the table. In a recent poll 30% of Americans have at least one tattoo and in my age demographic the number goes up to 36%.

I got my first tattoo at age 17 with my dad in tow to sign the paperwork and my most recent one last year. Even though my choices in design have changed throughout the years the meaning behind each one still are important to me. At 17, the “tramp stamp” was all the rage, although back in my day it was just called a lower back tattoo. I feel like it wasn’t until he movie Wedding Crashers came out that it was used interchangeably. Anyway…I digress.

I was so cool and got a sun with Chinese script stating what I think says goddess. Obviously I had very high self esteem. In a twist of fate, the coworker who designed it ended up marrying me. My most recent tattoo is a little more personal and is based on the zodiac constellations for my kids and husband. Funnily enough, the color schemes for both are similar and it wasn’t even on purpose. I guess my tastes haven’t changed much in the last 20 years.

I reached out asking people I know who have tattoos related to motherhood and parenting and I thought it would be fun to share a few:

No matter the tattoo or what it stands for they all have some sort of personal meaning behind them. I think tattoos are a fun way for each of us to be individuals and have some sort of outlet for our creativity and passions.