One of my fondest memories from childhood is waking up on Thanksgiving morning to the delicious smells of my mother in the kitchen preparing our family feast.  The smell of the turkey roasting away in the oven is something I will never forget and looked forward to the day that I would be the one responsible for those mouthwatering smells. I am sad to say that those dreams are no more, as of Thanksgiving 2018 because I am officially on the smoked turkey bandwagon.

My husband enjoys expensive things and many, including myself, have called him “bougie”. So, when he decided he was going to buy I smoker I knew nothing but the best would do. He did the research and let me tell you there was a LOT of research and then headed to his favorite local barbecue shop. I am sure from the second he walked in the door the salespeople said to themselves, “This sucker’s going to spend some money.”  That day we became the proud owners of a Yoder Smoker.  I know very little about smokers or smoking meats, so my assumption was this was an expensive toy that we were going to have little reward from, but man was I wrong.

Enter Thanksgiving 2018 when my husband volunteered to bring a smoked turkey to our family thanksgiving. I had never been a huge fan of smoked turkeys and felt that the taste of the smoke ruined the flavor of the bird, but he was determined. For weeks he watched every video known to man and read every recipe on how to smoke the perfect turkey. The Wednesday before Thanksgiving the perfect brine was prepared, and his fun had begun. Thanksgiving Day he was up before the sun seasoning and preparing that beautiful bird to hit the smoker.

When my husband walked into our house after the two and a half hours of smoking the smell was amazing. As he carved the perfectly prepared meat, I could not help but sneak a bite and let me tell you that was the juiciest, most tender, well prepared turkey I have ever tasted. I may be biaeds because he is my husband, but everyone that Thanksgiving agreed that they rarely have had a turkey quite so delicious.

While I still enjoy roasted turkey, I am officially a smoked turkey convert. As a side bonus the turkey stock, we made with that carcass was out of this world and just took our winter soups to the next level. As a second side bonus my husband really enjoyed saying the word Spatchcock, I don’t know if it was because it was a new word for him or if it was because it is just a funny word, but for what ever reason he could not stop himself from saying it over and over again all day.  Our family got a kick out of making a drinking game based on his use of his word of the day.  Spatchcock!!!

My husband’s go to resource for some of the best smoking recipes is actually a local resource, All Things Barbecue and their Barbecue Smoked Turkey was his inspiration for this Thanksgiving feast and it sure did not disappoint. 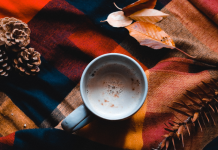 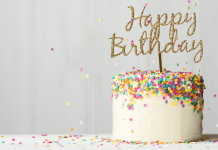 You’ve Been Booed! A Fun Halloween Tradition to Start in Your Neighborhood 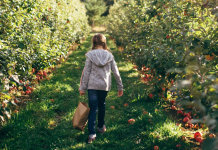 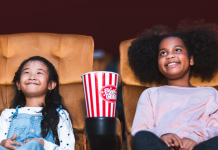 Our Favorite Coffee Shops in Wichita

Barre in the Gardens