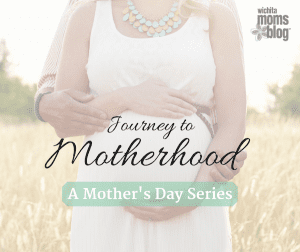 Every journey to motherhood is unique, each so compelling. Some of us have more difficult paths to navigate before reaching our final destination, while others follow the straight and narrow, hitting bumps further on down the road. For all of us, however, motherhood is a roller coaster that brings inexplicable joy and unavoidable pain, making us feel as if our hearts might leap right through our chests. To celebrate all of motherhood, we at Wichita Moms Blog are sharing our personal journeys.

I vividly remember waiting for the pregnancy test to render its result.

At the time, it felt like a life or death situation, my entire existence laid out right there on that little stick. My heart was racing and I think it actually stopped when I looked down and saw the ever life-changing “+”. I immediately started bawling and walked out of the bathroom, where Cody, my boyfriend was. He gathered me in his arms and I just cried.

They say you can tell a lot about someone’s character when they are put in an adverse situation. Let me tell you what folks, that guy has a lot of character. So as I cried, he kept saying “look at me.” To which I ignored because, well, I was hysterical. But he continued relentlessly telling me to look at him. He finally just grabbed my head and tilted it up to his face and simply said. “Look at me. I just want you to see that I’m not going anywhere.” And then we BOTH continued to cry.

The next few weeks we were pretty big, emotional messes. Because although most stories of finding out you’re pregnant are happy and can’t wait to tell everyone as soon as possible, ours was not. Although we had been dating for over a year, we were not married, both from church going families and both sophomores in college.  All not a super steller “let’s start a family” platform. But the BIG kicker? I didn’t want kids.

There was a time when I did, like 2nd grade Christmas, when I went bat crazy because Santa left me a FAKE doll under the tree.  I was really good that year and could just not believe he could do that to me. BUT other than that, not really feeling the kiddo thing. I wasn’t even a babysitter type person, so being pregnant was not anywhere in my mind set. I wanted to move to the east coast after graduation and become a psychologist and hang out with friends in my uber cute apartment and buy expensive handbags and shoes and just live. I didn’t even know if Cody wanted kids. We had not had that discussion yet. I was also on birth control so this was an even bigger surprise.

So here we are, pregnant, sad, scared, and uncertain. We knew telling our families would be the hardest and would bring disappointment to them both. Some reactions were good, some bad, some sweet, and some I don’t remember because I blocked them out. They were all hard to do. The hard was HARD. As a female, I was judged – A girl in a sorority, a minority, a Catholic. And the entire time I wanted to scream from the rooftops that I wasn’t that kind of girl. Cody was my only and we were in love and although none of it justified getting pregnant, the shame I felt was so heavy. I even considered adoption. But Cody, with that character again, reminded me, “I understand this is hard for you. No one looks at me and sees a pregnancy out of wedlock. I love you and I know you love me, but I cannot imagine having this child in the world and I not be his dad. So, IF you want to stay with me, I’d like you to know that I’m going to be a dad in a few months.” That whole converstation changed everything.  His courage, gave me courage. His, if we’re gonna do this, we are going to do it the best way possible attitude, changed my attitude. Yes, how our family started was not ideal. And although we could not rewrite it, we could write the rest of it, and that’s what we did. We welcomed our Cohen the summer between sophomore and junior year. 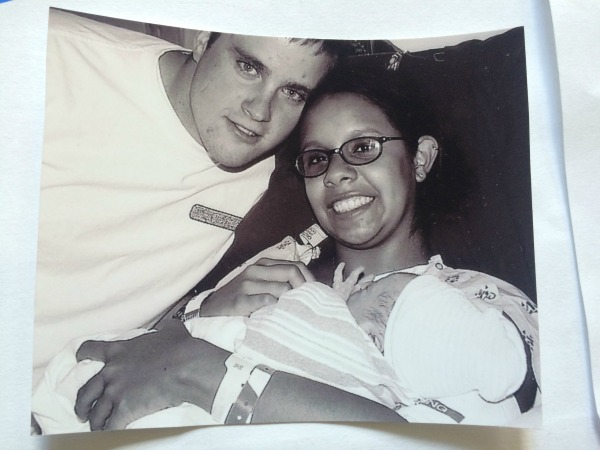 When they placed Cohen in my arms, he snuggled my heart. Something immediately clicked and I looked at him and said “I’m not sure how, but we are going to get through this together.” I loved being his mom.  I never knew that I had always wanted him. My imperfect situation turned out to be the perfect blessing.

The hard stayed hard. We both continued on with school determined to finish. Which we both did with honors, I , in 3.5 years and Cody, in 4. (I always like to remind him that I beat him to the podium.) He would go on immedietly and get his masters. We also got married in the fall of senior year. We made the decision to not get married in light of the pregnancy. We both knew waiting was the best thing at the time, and it was.  Looking back, those years were tough but our relationship was so strong because of it. We relied on each other so much and navigated it all together, and when we accomplished things, we did it knowing how the cards were stacked against us.

Life as a family was fun…and our family was growing. Right after I graduated, we became pregnant with our second. … then our third…then our fourth…then our “cinco”. That’s right, I went from not wanting to be a momma to having 5 kiddos in 8 years. I’m so glad God’s plan trumped mine. If I had not gotten pregnant, who knows if I would have ever. I LOVE LOVE LOVE our big family and cannot believe that God blessed us with 5 tiny humans. I love labor and delivery, I love not finding out the gender on any of them, I love introducing them to siblings and watching them grow not only up but together. And the best part is whatever “living” I thought I was going to do in Boston, is nothing like the living I do here, with them. 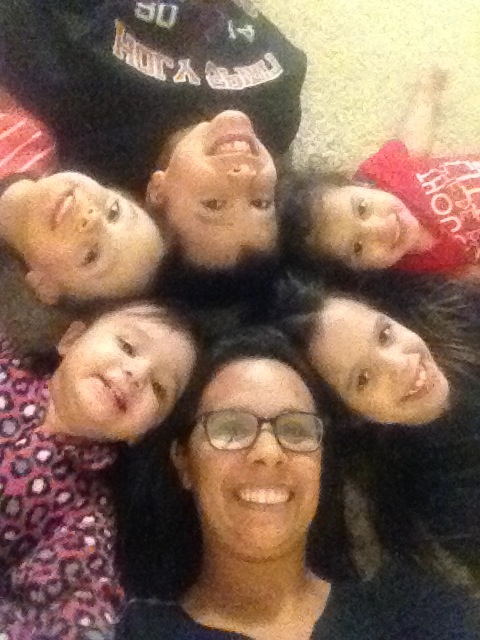 [box style=”rounded” border=”full”]This post is part of our Journey to Motherhood Mother’s Day Series. Read more posts from this series…[/box]

My Silent Struggle with Infertility

So, Austin, We Were Dating :: When You Almost Move

The Business Side of Infant Loss :: A Thank You to My Husband

Love, Platinum :: A Glimpse into Our Open Adoption

Journey to Motherhood :: Breaking Up with Secondary Infertility 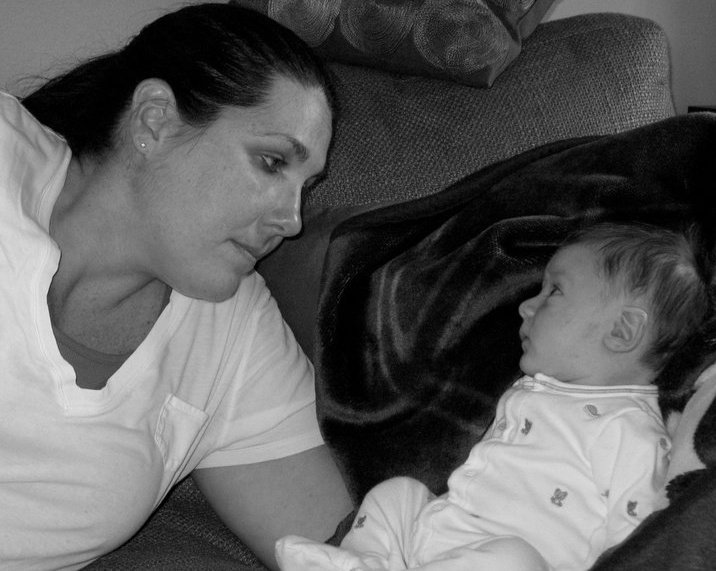 Journey to Motherhood: Becoming a Mom at Advanced Maternal Age