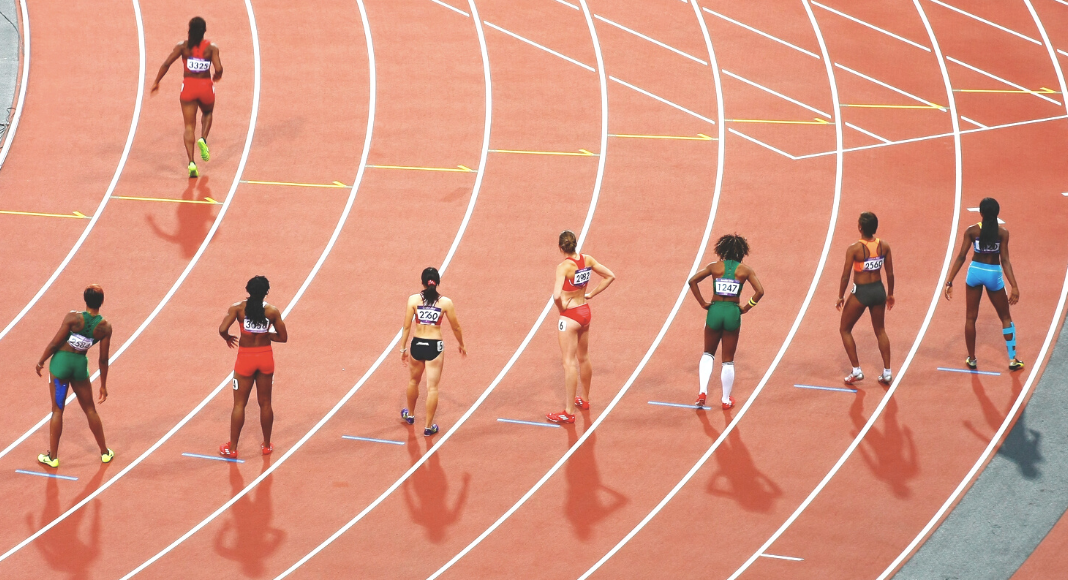 I’m not sure if it’s because I had a baby recently, but I feel like I have noticed more coverage this year about pregnant, breastfeeding and postpartum athletes in the Olympics. I’ve seen several online articles about these amazing athletes who are also moms to young babies or toddlers. Heptathlete Lindsay Flach even competed recently in the U.S. Olympic Trials at 18 weeks pregnant. Another issue that caught my eye recently was the controversy about breastfeeding athletes who originally were told they could not bring their nursing children to the Tokyo 2020 Olympic Games (side note: While the games are taking place in 2021, they are still being referred to as the 2020 Olympic Games due to being postponed).

My heart broke for these moms who thought they would be forced to choose between continuing breastfeeding or competing in the Olympic Games; luckily, the decision was made that the athletes will be able to bring their babies with them (as of the time I wrote this)!

Let’s take a look at some of the moms who will be representing team USA!

The US Women’s National soccer team star, who will be competing in the Olympic games for the third time this summer, welcomed daughter Charlie in May 2020. Morgan competed in the Olympics in 2012 (winning a gold medal that year) and 2016. In the 2012 games, she scored a crucial goal in the 123rd minute of the semifinal against Canada. While this is her third time making an appearance at the Olympic games, this will be her first competing as a mom. She has been vocal about athletes’ rights to bring their nursing children to the games.

WNBA star and first time Olympian Skylar Diggins Smith is also mom to toddler son Rowan. While pregnant, she finished in the league’s top 15 for points, assists, steals and minutes per game. Her son was born during the off-season. Currently in her second season with the Phoenix Mercury, Diggins Smith has spoken in the past about improving conditions in the WNBA for working mothers, working mothers’ rights to have private access to a room where they can pump and nurse and own her struggle with postpartum depression.

Marathon and track and field runner Aliphine Tuliamuk welcomed daughter Zoe in January 2021. My daughter was born around that same time and I am amazed at Aliphine’s strength to compete such a short time after the birth of her daughter. She truly embodies the willpower and persistence that mothers possess! When she won the women’s marathon at U.S. Olympic Trials in February 2020, she was going to race at the Olympics in July and then wanted to have a baby. However, when the Olympic games were postponed until 2021, she will now compete by running a marathon six and a half months after her daughter’s birth. As a breastfeeding mom, Tuliamuk hopes to bring Zoe with her to Tokyo this summer. Fun fact: Tuliamuk is also a former Wichita State Shocker!

One of the most decorated track and field athletes and mom to 2 year old Camryn, Felix will make her 5th Olympic appearance this summer. She previously competed in the Olympic games in 2004, 2008, 2012 and 2016 and is a nine-time Olympic medalist. After preeclampsia and an emergency c-section in November 2018, she has helped to raise awareness about racial disparities in maternal mortality. Felix’s daughter weighed 3 pounds, 7 ounces at birth and spent weeks in the NICU. She has said that she committed to a fifth Olympic games in part to show her daughter that anything is possible!

Veteran volleyball star Foluke Akinradewo Gunderson is mom to son Olukayode Ayodele (b. 2019). Gunderson was a bronze medalist at 2016 Olympic Games, starting all eight matches, and helped the US Women’s team win silver in 2012. Gunderson has said severe Diastasis Recti from pregnancy, which is the partial or complete separation of the rectus abdominis, made it more difficult for her to return to the court but is honored to be a mom and an athlete. This will be her first time competing in the Olympic games as a mom and she hopes to lead her team to the gold!

Where to Go Peach & Apple Picking in Wichita

Erin Bartel - August 1, 2021 6
Some of our favorite fall family bucket list activities are peach and apple picking in Wichita (and the surrounding areas)! We've compiled a list...

Things to Do in Wichita with Kids | AUGUST 2021

When You Believe: A Kid’s Cabaret for a Cause