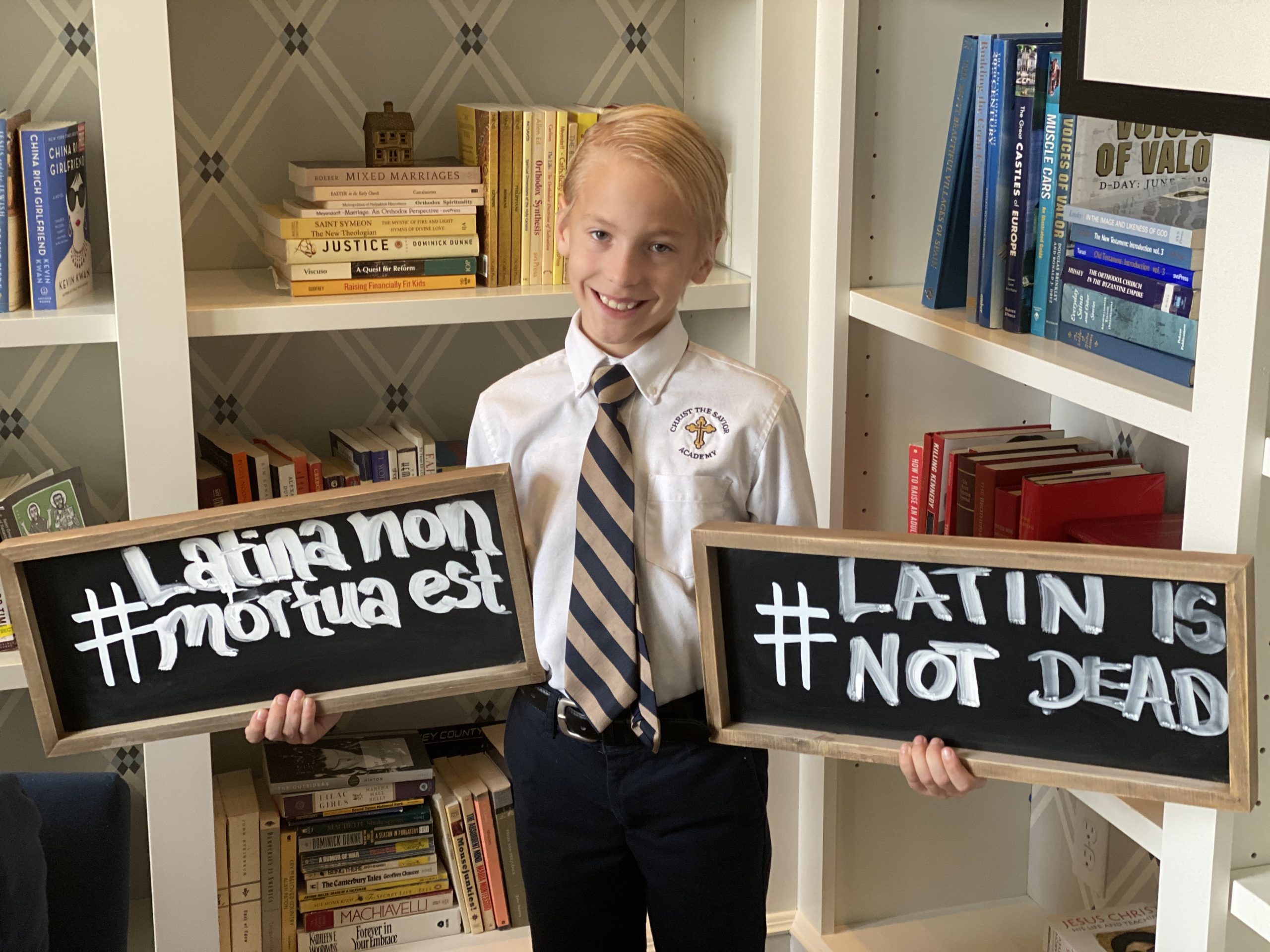 Latin is a dead language. You’ve heard people say that before. American children should be learning French or Spanish or Mandarin…something useful.

Well, it’s not dead around my house. My 10-year-old son, Zach – a fourth grader at Christ the Savior Academy – frequently goes around uttering Latin phrases and sentences, and he relishes the fact that I have no idea of what he’s saying.

It is definitely not dead in my son’s school where students start Latin in second grade, and, by fourth grade, are being fully immersed in Latin in the classroom.

“Words come alive when we meet them in stories and in real-life scenarios. This is why I use as much spoken Latin as I can in the classroom,” Mr. Jeremy Wagner, Fourth and Fifth Grade Latin teacher at Christ the Savior Academy, said. “True enjoyment of Latin comes per se comes when you meet it in the wild.”

Why teach Latin, when it would seem there are so many other, more useful languages? Christ the Savior Academy begins Latin instruction in the second grade for four practical reasons:

#1: Latin is the next step after phonics.

More than 50-percent of the English language is made up of Latin words. Phonics teaches the English half, but Latin continues the systematic study of English throughout elementary school. In second grade, children are encountering thousands of new words and building their vocabulary and reading skills, and Latin plays a key role with that. “The laws of grammar are more easily apprehended when encountered in a language that is not one’s own,” Mr. Wagner said. “It can’t be just any foreign language, though; for best results, it must be a language that is highly structured and analyzable. None is more so than Latin.” No wonder the National Committee for Latin and Greek found that students who have studied Latin for two or more years score 140-160 points higher on the SAT than students who have never studied Latin.

“Critical thinking” is the buzz word in education these days, but how do educators teach students to think critically? Latin is a good start. If you listen in on any of Mr. Wagner’s Latin classes, one thing is clear: Latin is a mental workout, and Mr. Wagner is the trainer.  Latin requires attention to detail, accuracy, patience and precision. “The student of Latin has to apply a complex set of rules to decline a noun, conjugate a verb, or parse a sentence. It involves logical reasoning and pattern recognition,” Mr. Wagner said. The hope is that the same hallmarks of Latin – its logic, order, discipline and structure, will form the mind of the student with those same characteristics.

#3: Latin enables students to read from original sources and participate in the Great Conversation.

“We learn Latin in order to read the great authors of Roman, Medieval, and Renaissance literature in their own words,” Mr. Wagner said. “To best understand Virgil or St. Gregory the Great, one must learn the language that they thought in. Latin is the key. It alone enables direct encounters with so many of the greatest thinkers of Western Civilization, from the philosopher Seneca down to Sir Isaac Newton.”

#4: Latin is the key to learning other languages.

Ninety percent of the vocabulary of Romance languages comes from Latin. To learn Latin is to begin study of 6 languages at once.

So, you see, Latin never really died. It just evolved.

Christ the Savior is now scheduling tours for prospective students!

For the safety of the students, staff, and prospective families, Christ the Savior Academy will not be having open houses this year, but the Director of Enrollment will be giving individual tours to prospective families. To arrange a private tour, please call Jordan Howell, Director of Operations, at 316-201-4810. In addition, a virtual tour is available on the website at www.csawichita.org.

Christ the Savior Academy, located near 13th and Rock Road in Wichita, is a classical, Christian School, with classes from Junior Kindergarten (age 4) to 5th grade. The curriculum combines the wisdom of the Church and the best of secular culture to teach students to read, write, and think well. It is a time-tested model used throughout Ancient Greek, Roman and Medieval times. Oxford, Eton and Cambridge have used the classical method to produce leaders for centuries. 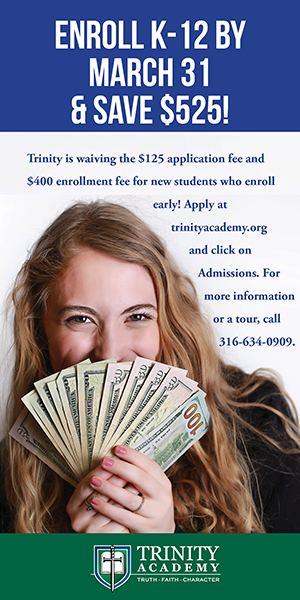 Spring Break Camps and Activities for Kids in Wichita 2021