I left Mary’s with a solidified decision that I may just never be able to leave my house again with him, ever. I was tired of the stares and meltdowns and feeling so inadequate as a mom. That type A persona was banging her head against the wall because in my “perfect” world, all was not perfect. I prayed, like always, and cried. However, later that night, as I stared at his long lashes while he slept in my arms, I felt this peace come over me. My prayer was heard, and this gift I had in my arms was going to give me purpose as a mother. He NEEDED me. And not like a baby needs a breast or a bottle to survive, but a different need. It was a “fight for me, stay in my corner, when the odds are stacked against you and every one thinks you are a crazy helicopter mom fight for me” need. As I kissed his head and laid him down, I knew that God made the right choice in choosing me to be his momma. 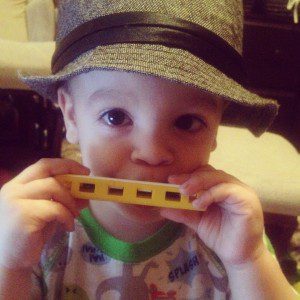 The last 4 years were a whirlwind of emotions, tests, doubts, prayers, tears, but also HUGE victories. Sawyer is different. I am not a “label” fan, so I refuse to label him as anything other than my sweet sweet Sawyer. Long story short, at age 15 months, I had him screened at Screen for Success. I had my two previous kiddos screened there and I knew it was a good starting point. With both of them though, it was also the stopping point. With Sawyer, it was discovered that he could not hear well, thus he was not advancing in other areas all while becoming over sensitive to other sensory experiences. Shortly after, he quickly had tubes put in and then speech therapy began. All seemed to be going well…until we were “dismissed” from therapy.

But Sawyer still wasn’t “ok.”  He didn’t “qualify” for services anymore, but life with him was still a struggle. A hard struggle. And although with this struggle I knew I was fighting for him versus against him, the wounds were real and momma was tired. I expressed my concern to my dear friend, Ashley. She suggested we take Sawyer to the WSU Evelyn Hendren Cassat Speech-Language-Hearing Clinic .

I’ll never forget my first visit there. Sawyer and I observed the AUH-MAZING preschool Kaleidoscope there and loved everything about it! And then he had a meltdown. The kind where you just want to crawl in a hole and disappear. But do you know what happened next? Something I didn’t think would ever happen. The director of the program, Ms. Jen said, I want him. I need him. Bring him to me. For the first time, we were welcomed! And when I told her my concerns, she had answers and resources.

Since then he has flourished. My biggest fear as his mom was that he would get lost in this world, that others would mistake his silence and reservation for lack of knowledge. That he would get passed over or marked up as “different”. Sawyer is different. But a good different. A different that has made my heart a kinder heart and our family a better family.  I am so thankful God chose me to be his momma. 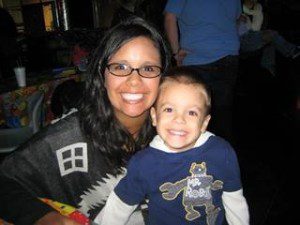 ::Disclaimer:: Sawyer is not labeled as having a “learning disability.” I write this to you though because I know the feeling of having a child that is “different” and feeling lost and alone. I cannot tell you how many times people questioned me. Getting help for a child with needs can be a hard road to navigate. Here are some tips from my above mentioned friend who works at the Evelyn Hendren Cassat Clinic and is a mom herself, Ashley Purdum, MA, CCC-SLP.

What are some red flags to look for if you think your child may have a learning disability?

While it’s not always a good idea to compare your child to others for many reasons, I will say that many of the families I have worked with noticed their child’s delay when another sibling came along and developed faster/different than their other child or they started taking their children to activities where they’re around similar-age peers and notice large differences. I would encourage parents to use caution when comparing their children, as all kids develop at different rates, but DO pay attention to large discrepancies between your child and their peers (example: my child only says a few single words and their peers are using sentences). If you have any concerns, follow your gut and talk to your child’s physician about them. Most pediatricians give handouts at check-ups that tell parents what their child should be doing at that age. I really like these and think it’s important to look at them, note things that are not emerging, and speak to the pediatrician about concerns. I also like the CDC’s website for developmental milestones: CDC | Milestones | Learn the Signs. Act Early. | NCBDDD.

Where are some places you can go if you feel your child may have a learning disability?

I would recommend taking your child for a free screen through Screen For Success if you have concerns. These screens look at several different areas and make referrals where appropriate.  Some evaluations will require a physician prescription, and many times you have to check with insurance regarding coverage. This screen is helpful in that it’s free and you don’t have to worry about paying for evals/insurance authorization unless you are referred for a full evaluation during your screening.

Other local resources for this kind of thing?

This website helps you navigate through the basics of LD including common lingo you may hear thrown around: Getting Help | Smart Kids . My best advice is to stress the importnace of early intervention. Getting your child help as soon as possile can make all the difference, so advocate for them and don’t back down if you have concerns!