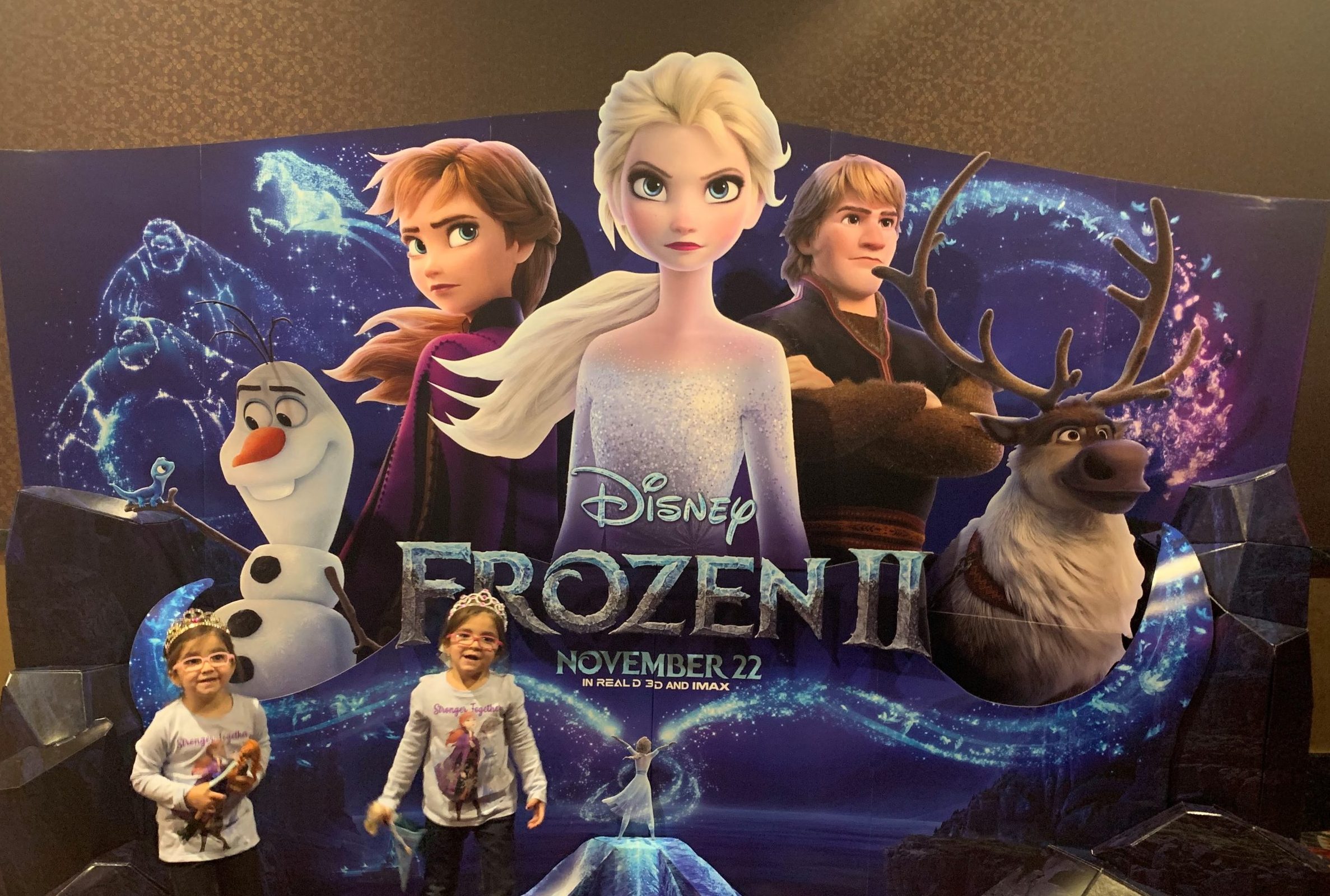 As a mom to young girls, I’ve watched more than my share of animated princess movies. Many of these are beloved classics from my own childhood, but now that I’m watching through the eyes of a parent, I realize that they may not be conveying the best life messages to my daughters. Enter Frozen 2 – a movie that I’m thrilled to let my kids watch over and over, and I don’t mind joining in. The more we’ve watched it (and trust me, it’s been a lot), the more I fall in love with the messages that the characters put across for kids and adults alike. Warning – spoilers ahead!

Our favorite snowman, Olaf, is scared about the changes that come with time passing. Anna assures him that while change does happen, some things never change – like the love of the little family that they have created. Life has so many uncertainties, but the important things stay the same. I want my kids to know that their parents’ love for them will always be a strong constant in their lives.

Kristoff is feeling down, and his bestie Sven chimed in with a phrase that really stuck with me, “You feel what you feel, and those feelings are real.” Profound thoughts for a reindeer, eh? We’re all entitled to feel exactly what we’re feeling, and those feelings are VALID. I think so many of us have said things like “It’s not scary!” or “Stop crying, you’re OK!” or so many other phrases along those lines, when in reality, our kids are experiencing big feelings and don’t know how to handle them. It may not be a big deal to us, but it is to them, and it’s so healthy to feel and learn how to process those emotions. I know many adults that still struggle with this, myself included!

When Elsa is on her journey to Ahtohallan, she runs into the sea, using her ice powers to make a path. That doesn’t work, and we get to see her failing and trying over again. Even when she does get farther along, the water spirit tries to literally drag her down – but she keeps fighting. I thought that showing her failing was especially important – the great things in life rarely come without some form of struggle. The movie also centers on Elsa questioning her origins, and her future. While being the Queen of Arendelle is what she was born into, in the end she realizes it’s not what she truly wants and instead remains with the Northuldra. She made the choice that was right in her heart, instead of following the path that was paved for her.

I think we can all agree that Anna was the unsung hero of this movie! Her fierce loyalty to her sister remains strong in this movie, and all of our hearts got torn out and stomped all over when Anna realizes she lost not only her sister, but Olaf as well, when Elsa journeys to Ahtohallan to find out the truth about her origins and turns to ice after her discovery. Anna’s grief was expressed so beautifully, and in the midst of her pain, she realizes that she has to make the painful choice to do the right thing – destroying the dam that her ancestors built, which will in turn destroy her home of Arendelle (never fear, the people have safely evacuated).

I can’t be the only one out there floored at how Kristoff was portrayed, in the best way. When Anna is trying to lure the Earth Giants to destroy the dam, he swoops in to rescue her in the nick of time – and follows up with, “I’m here, what do you need?” How often do we just want someone to ask and actually listen, instead of assuming what we want or need? In my personal favorite example, Anna apologizes for leaving him behind to follow Elsa, and his response is “It’s OK. My love is not fragile.” Both of those instances are shining examples of what a supportive partner should be – whether male or female.

While it’s inevitable that our kids are going to obsess over movies and watch them repeatedly, Frozen 2 gives me a little solace in the fact that so many good messages about emotional health are demonstrated for little and big viewers alike!